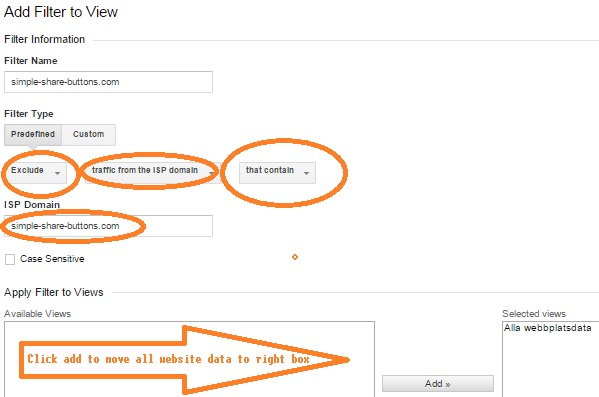 best-seo-solution.com: the latest in a line of spam-traffic-domains in Google Analytics. There are now new ones emerging on a daily basis. A new that was discovered today is kabbalah-red-bracelets.com, but maybe it is old and re-launched again since the page is old and appears to have been set up long ago. It is just like the others. The webmaster will be googling the new domain that has appeared in the list of Google Analytics referral traffic sources. Great, a new page has linked to me! But no, it’s just fake traffic that leads to a page where you can buy jewellery…

I have not revealed this technique publically since I didn’t want the spammers to know how I manage to block them. But now the spammers have realized that they missed a loophole that could block all their fake traffic. I need to find a new catch-all method. Since my secret blocking method no longer works 100% I share the technique with the public. It is blocking all previous fake-referral traffic and is still very effective, but it is only a matter of time before the spammers start to generate fake monitor resolutions for all domains that appear in GA. Click here to install a segment filter that I created that sorts out traffic that lacks screen resolution and traffic from the city of Samara in Russia:

Who sends the spam traffic into Google Analytics?

It is apparently an individual or group who is behind almost all fake traffic in GA. I have traced the sender to Samara, Russia. His name is Vitaly Popov, because he is so kind and visit us in our Google analytics accounts I thought it would be just as nice if the world comes to visit him at his home. Here is his personal data:

Read more about other methods to stop fake traffic in Google Analytics like best-seo-solution.com