Deflation – what is deflation? 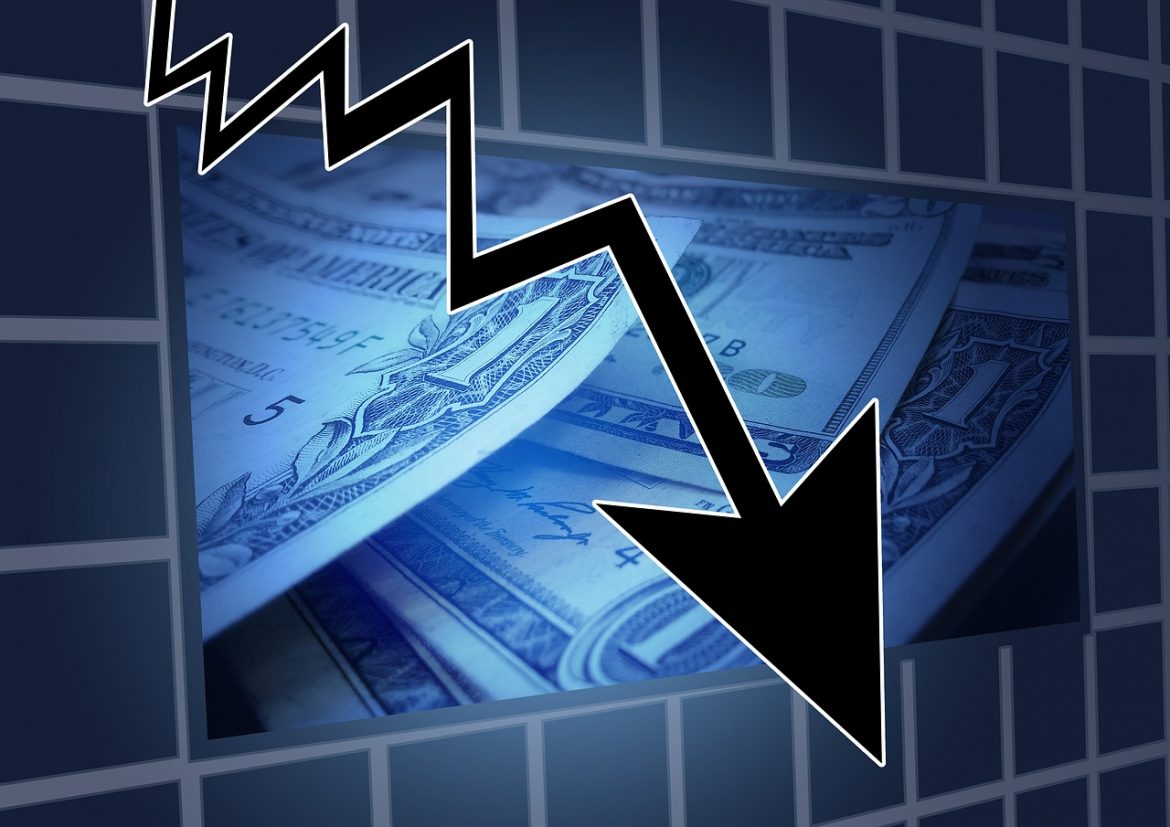 Deflation. What is deflation? The short answer is that the economy is shrinking. The wheels spin slower, and the growth in the economy halts and then decreases. It is usually measured as GDP – gross domestic product, which is simply the value of all products produced and services delivered in a year.

The money supply decreases during deflation

When deflation occurs as a result of an extended period of falling prices and a reduction in the total amount of credit (loans), the average person keeps a tighter grip on the wallet. When people, in general, realise that you get more for your money tomorrow than you get today – they postpone consumption, which only makes the situation deteriorate further and the economy slows down even faster. It creates a negative spiral that is often very difficult to escape from, and it usually takes considerable time to recover. Hence, many economists fear prolonged periods of deflation. It hurts the economy even if it initially seems to be better because you can buy more for the same $100-bill.

What are the consequences of deflation in the long run?

If deflation becomes entrenched in the economy, companies will begin to feel that consumers are not willing to buy their products and services. When businesses need to start laying off staff, which means that these people will have less money to consume for, they will spend even less. Then the companies will sell less and less of their products and services, which in turn lowers the VAT revenue for the government, and the negative spiral continues.

Sweden at risk of prolonged deflation

As several newspapers and TV-channels have reported recently, Sweden has slipped into deflation. Prices fell by 1.2% in January. Contributing factors to the deflation are falling prices on clothes, shoes, oil, transport and travel packages. Especially the price of oil has gone down considerably, which is a commodity that strongly influences the price of many other products and even services. In response to this, the Swedish central bank announced the introduction of a negative interest rate of 0.10%, commencing February 18th (2016).

How do you cure deflation?

In order to prevent deflation or get out of the dark deflationary hole if you get stuck there, you must be ensured that there will be inflation in the economy instead. Inflation is the opposite of deflation and simply means that prices go up and consumption is increasing. It is cheaper to buy today than tomorrow. To bring inflation into the economy, you need to increase the money supply by directly printing new money or allowing the banks to create more loans, which is the same thing as creating money out of thin air. When there are more dollars on the market, the value of each individual dollar decreases. Anyone who sells products will continually be raising the prices to get the same real value. Similarly, the actual value of loans are reduced during inflation, because the credit is taken out on, e.g. 50000 USD and if salaries and prices continuously increase, the $50K loan is worth less, and hence easier to repay. Inflation, therefore, favour borrowers but is negative for banks. This means that in order to wipe out deflation, you will need a little more inflation, but not too much. In fact, that is why the Swedish central bank (Riksbanken) has a target to keep the inflation at 2% in the economy per year, thereby keeping the wheels turning at a suitable pace (in theory). In reality, it would probably be better to let the inflation and interest rates float freely as most currency rates do.

It’s possible to draw a parallel from today’s economies to the Roman Empire’s rise and fall. As long as Rome expanded their territory and grew, the empire was prosperous, but as soon as the expansion slowed down and stopped the Roman Empire fell apart – Just like modern economies. The economies of today require continuous growth and as soon as the economy stops growing it rapidly deteriorates.

The first real inflationary wave arose between the years 1470-1650 when Spain brought home some 181 tons of gold and 16,000 tonnes of silver from South America, which they had stolen from the conquered Aztecs and Incas. The Spanish king used this gold and silver to pay off interests and loans it had signed up for to continue their war against England among others. The Interest went to early banks in Antwerp and Genoa. All this gold and silver created a strong inflation in Europe. As we noted earlier, inflation is an increase in money supply in the economy. Hence it is now understood that you should not bring in too much new capital in the economy at once, but to do it gradually and moderately. It is exactly that the Swedish central bank is now trying to do by buying government bonds and paying for them with newly printed money.